I saw you, one morning,
blanketed in white,

a speckled canvas of virgin purity,
all colour lost out to a simpler shade of simplicity.
No more that magnificent mass of contrast and contradiction,
just quiet and gentle unencumbered distinction.

Distant laughter carried on a breeze
swirling round trees caught motionless in time,
branches bare but for the kind kisses of that slow falling snow.

I saw you like this, one ordinary morning,
as tears formed icicles on my face, snowflakes falling
from your skies to hide your valleys and hills

as my feet disappeared beneath the snow-white earth.

I saw you, like this, one extra ordinary morning,
and that long lost smile

Snow falls and the darkness drowns in silence,
a hush from the heavens falling, so slowly,
even crystals cry. Are these the tears
of angels weeping who’ve watched us, falling,
like this slow snow, like their tears, trembling?

Snow falls and there’s a stillness and still
all this silence between us. Bruises covered
in this cold cotton candy coating of fragility,
every day more freezing, more frozen,
just not enough to numb. Snow falls
and all paths disappear, I thought our tracks
ran deeper, like this winter, like this weight,
like this waiting, behind the window, behind
this glass I can’t see through, beyond the storm
falling, slowly. Snow falls and the sorrow
slips in, cold where there used to be comfort.

What happens to my tears, who will watch them
with wonderment like I look out now at the snow,
slowly falling, and think of angels?

Wasn’t I once your angel?

Are you watching at some slow distance
as these snowflakes cover my confusion?

In time, this too shall melt and be no more than memory,
even snowflakes fall for but a season. Snow,
falling, slow. Already wishing it was spring.

Even white is blue in the falling light.

The sky is burning,

the last light eclipsed by the night
and we stop and stare like fools at its blaze,
not seeing within this gaze possibility falling
though our hands like snowflakes in a season
that has kept captive the summer.

The sky is burning

while we travel in taxis, all of us
back-seat partakers being driven down roads
we know not where they lead as our minds run
tattered threads along all the tracks we wanted to press
with our own print but we cannot choose a direction
like a snowflake cannot control its pattern.

The sky is burning
with a fine filigree of fire and ice,
with thoughts we try to catch hold of but flames
are ever changing as no snowflake is ever the same
and we take hold of other dreams others dreamt of
in other beds, under other skies blazing
through futile snowstorms and we melt,

like a snowflake
in the dry heat of an early autumn.

All words and drawings by Damien B. Donnelly

the sparkle before the melt.

Particles of fleeting perfection
floating through the hands of time,
falling through all these imperfections.
If only my clutch were tighter, truer,
if only I knew more of my own truth,
too many skins already slipped through,
too much prediction put on that perception
of perfection that can never be preserved.

A snowflake
cannot be caught intact. We cannot catch a cloud.

We cannot always clear the way for the truth.
Perfection: a twist of our perception,
a precious perspective from a single point
never again to be seen. What if it’s never seen at all?

A snowflake can be a melting tear
or a tiny miracle on track to disappear.
Truth; an elusive illusion, a deathly desire
tenuously tied to what I present to you
and to how you perceive me.

To what we fear and what we are willing to reveal.

I glisten,
to distract attention
from all about me that doesn’t sparkle.

All words and designs by Damien B. Donnelly

on steaming skin thin on time,
too thick to break through, you cannot always sink
below the surface of an iceberg,

we cannot break through

all that lays beneath, all the lies below the surface,
it gets hotter the closer you come to the cold truth,
only in space can a spec appear spotless.

through the folds of a snowstorm,
we are the swept and the sweepers, we must be swift,
icicles can injure, perfection can pierce.

I can be broken,

I can be better, I can be broken, but it takes time
to rebuild. I can be a snow-swept filigree
falling through the perfection of time

with all its perfection, with its constant movement
and minutes, is as fragile as that snowflake.

All words and drawings by Damien B Donnelly 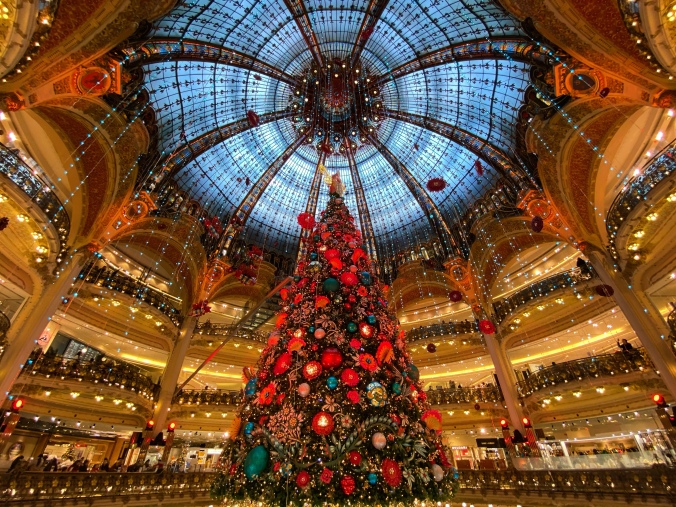 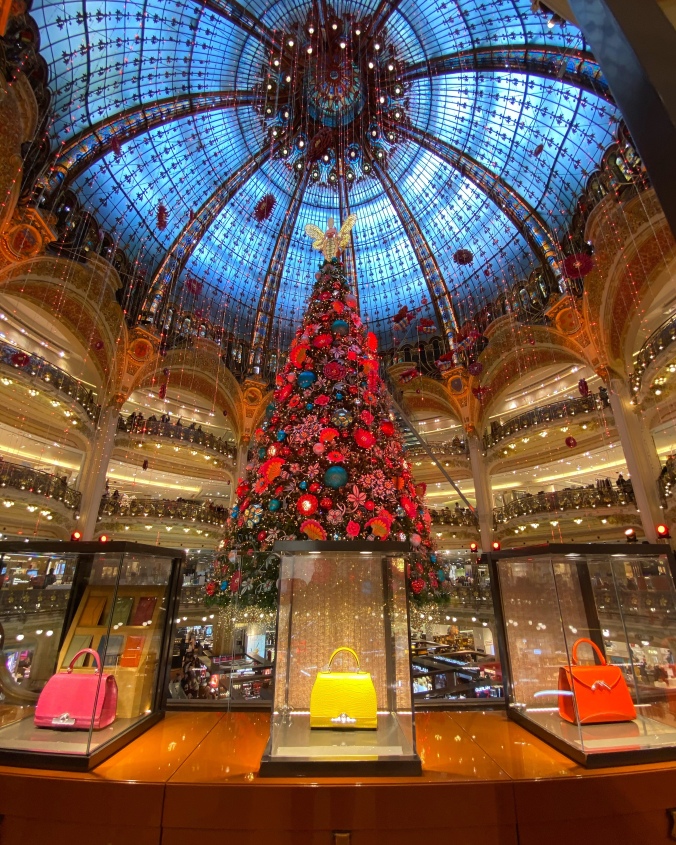 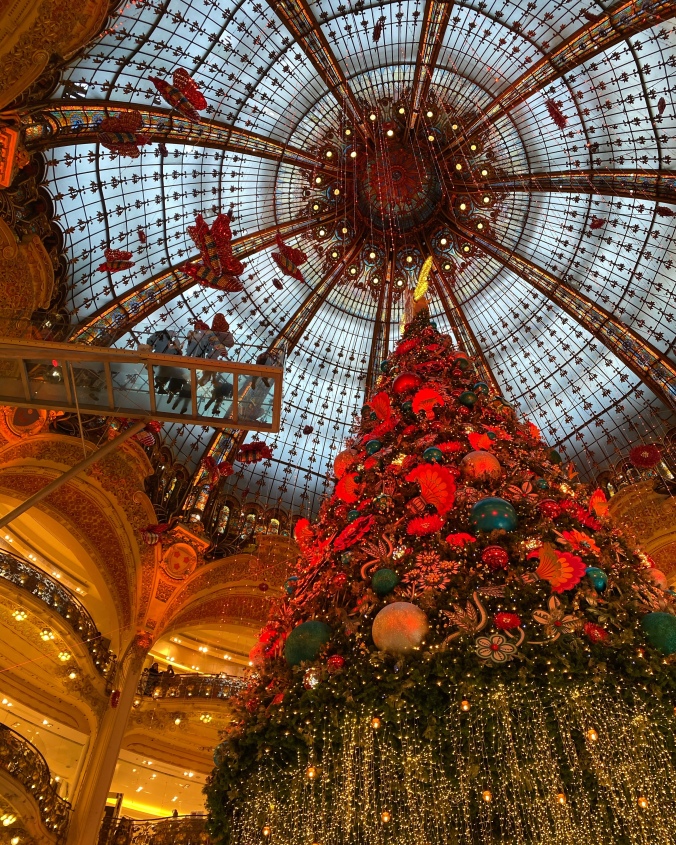 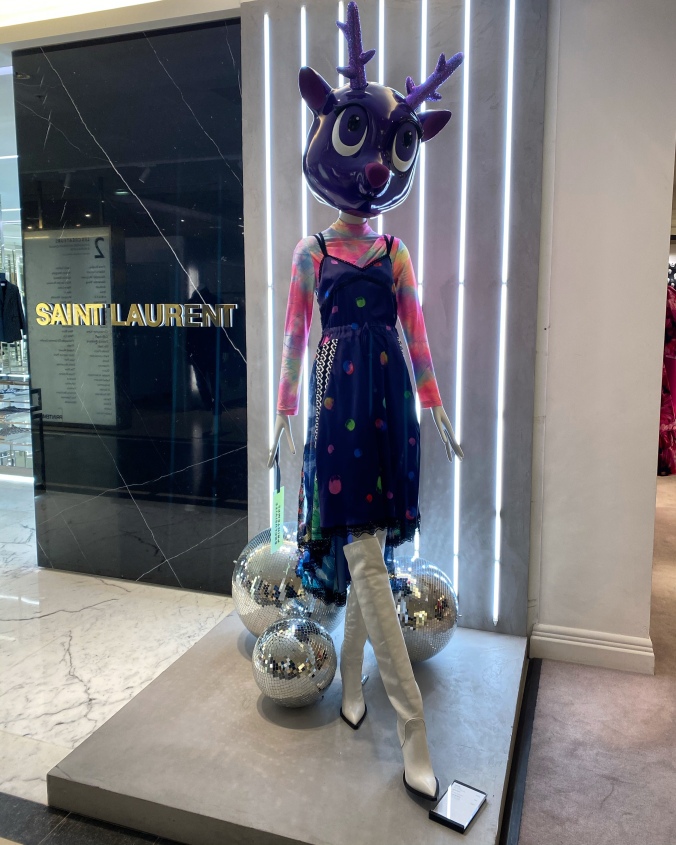 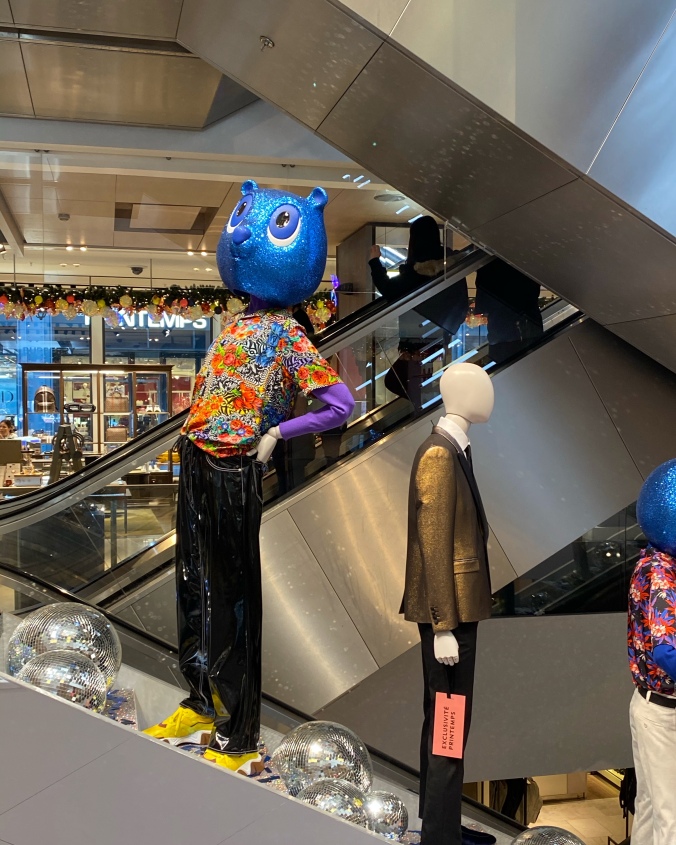 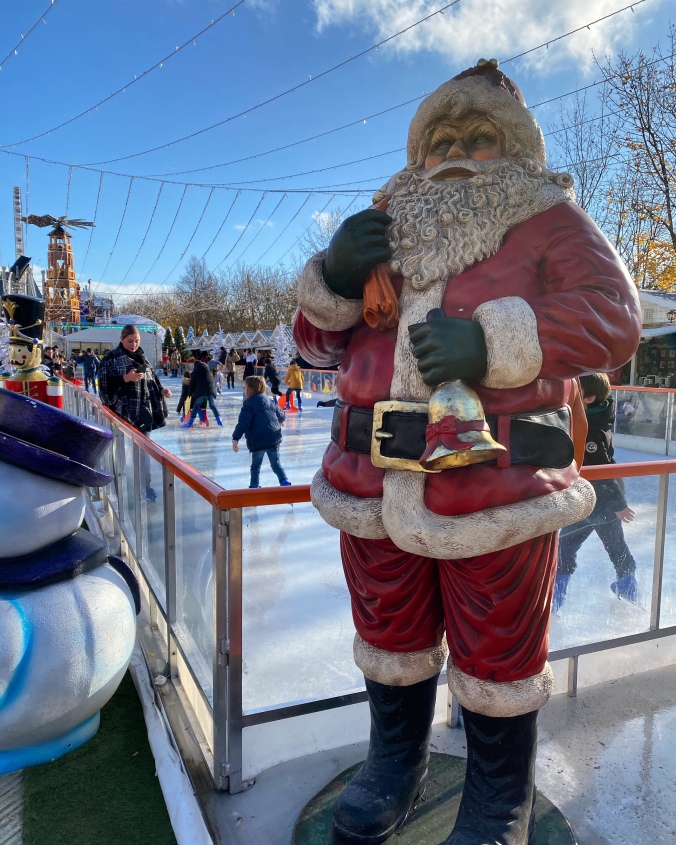 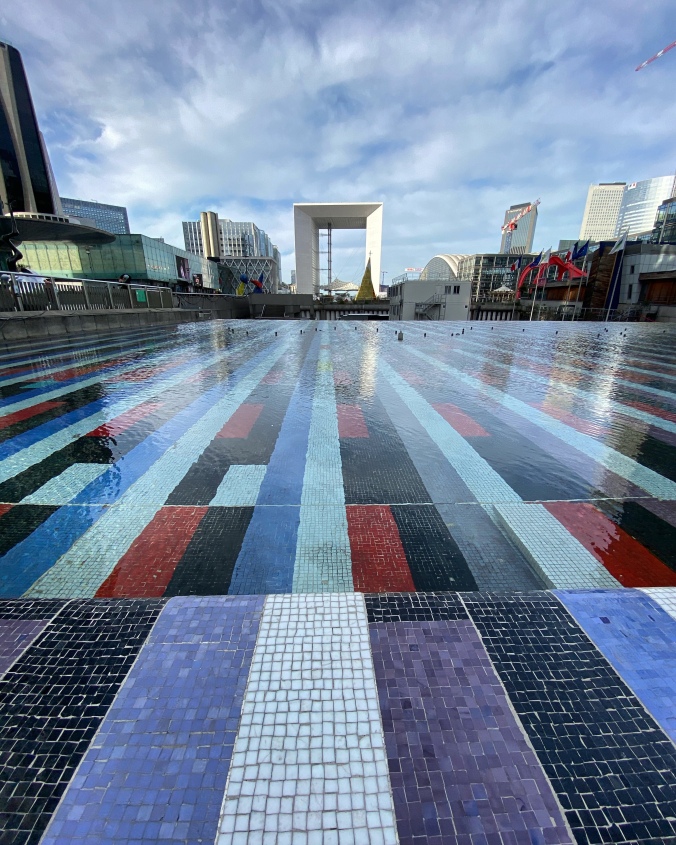 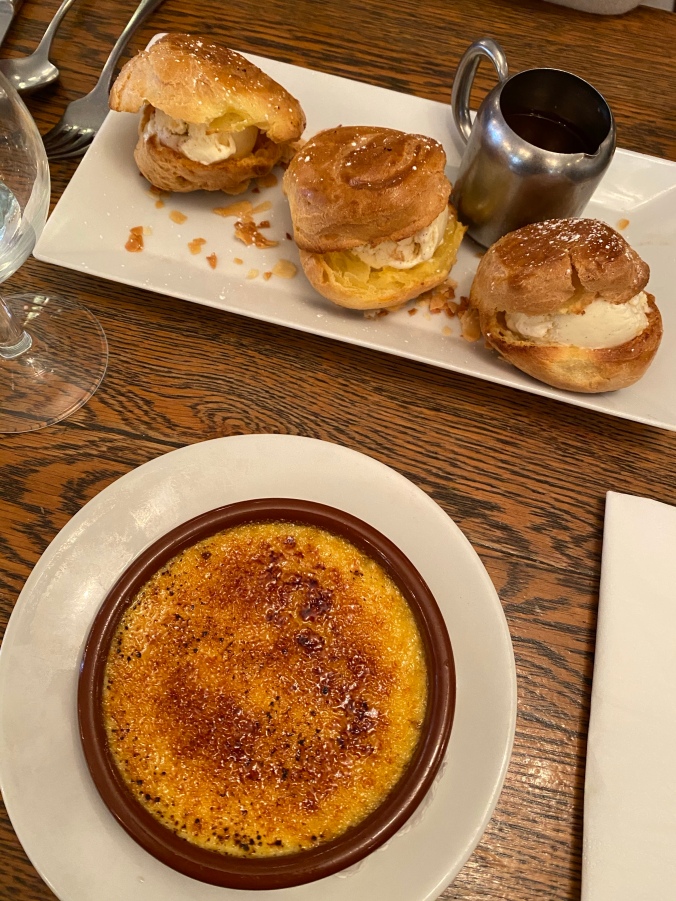 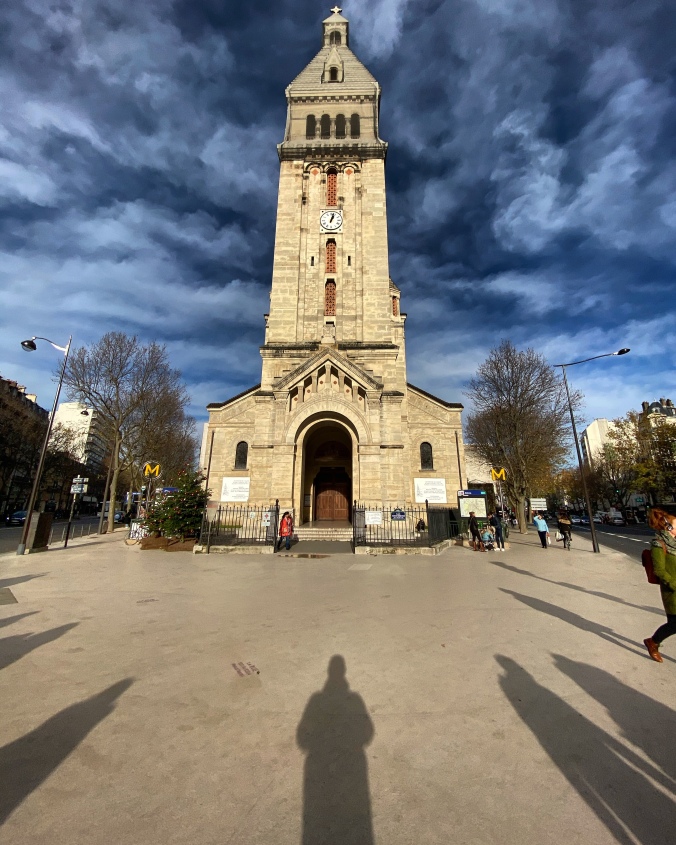 All photographs by Damien B Donnelly

The final photograph is me, today, back at Alesia, the 14th arrondissement of Paris where I first lived over 4 years ago when I came back to live in Paris for the second time. Today I was back here for lunch today with Mary, my dear Irish friend, who I met in Paris when we both first moved here 23 years ago. Circles closing and connections continuing…

of a boy, born to be king, to never know choice.

I kissed Christmas in someone else’s shadow
and we whispered in the absence of his voice.

I dreamt of a crib where a kid had kept faith
for a while, as a child, while you watched me

sleeping, naked on a bed still fresh from his folds.

but our fate was like my faith; not as tightly nailed
to a cross as the kid who was crucified as a king.

I waked away from the tinsel toe and your touch

to smooth out the stains we screwed upon his folds.

This month is about looking back at Paris to acknowledge all that has slipped away, like the lips once kissed, the snowflakes since melted and the faith, since fallen. As a kid I wanted to believe in Santa for longer than my age allowed because I didn’t want to let the magic end, I grew up in the church and tried so hard to see the truth in what I was being taught that it took a long time to see how closely they were wrapped in lies. When I first came to Paris at 22, I had my first kiss on Christmas night. I was alone and living in a hotel and everyone I knew had gone back to Ireland and I wanted to find the magic again, even if it came in the form of three nights in the arms of a man who wasn’t mine, who was lonely because his boyfriend had gone off to see his family for the holidays.

Sometimes we try to find the magic wherever we can and do our best to ignore faith, fate, the fates or the folds we didn’t make.

In the shadow of all its history,

in the sorrow behind its sparkle,

I sprinkle fairy lights on the drying roots

of this dying tree.

At the summit of all its beauty,

from the forest freshy felled,

I place a blood red rose on this tree

cut down from hope.

All words and photographs by damien B. Donnelly

He tasted of pine
pressed into skin,
nicotine fingers
and beer bound breath
naked beneath
the fairy lights
and twinkling balls
as a cat and dog
watched their shadows
kissing on the walls.

She tasted of punch,
cinnamon sticks
and orange scents
with red rimmed lips
and bare naked breasts
to blush the baubles,
suspenders suspended no more
as the cat and dog
played with discarded clothes
on the floor.

New Year’s Eve
had become New Year’s Day
as she took him to her bed
to screw away the hangover
and reason out the resolutions.

It was only afterwards that she asked him his name.

If you missed the first instalment of Living With Paris, click the link below: 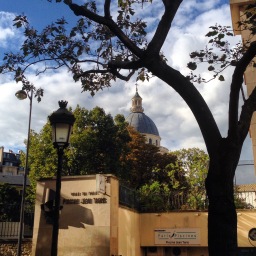 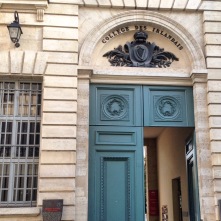 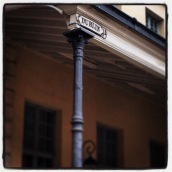 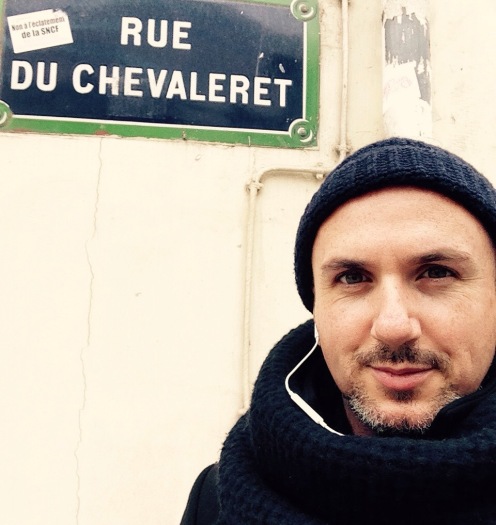 Follow Damien B. Donnelly on WordPress.com
Join 4,123 other followers