Deuxiemepeau Poetry by Damien B. Donnelly

Between the lines and through the lens…

Last Saturday at 2pm in Ireland, Dublin, in the Phoenix Park, in the shade of a house and in the shadow of a tree in the sunshine, Kevin Bateman gathered together a group of poets for his latest spoken word event ‘I can Dream and You can Love‘ which went out live, as usual, on periscope and every poet was revealed there and then, no pre announcements, no listings of performers beforehand, as is so usual in these days of social media. Kevin indulges ingeniously in the mystery of the moments that unfold when a name is called before the camera rolling and their words fill the air and travel across the skies.

His choices for these locations are often sacred grounds, off the beaten track, forgotten by guide books and now, thankfully, reclaimed as the performances unfold. This last location in the Phoenix park was on the Hill of the Mariners were one of the oldest dolmans in Ireland is located, Knockmaree Dolman. Discovered in the 1800’s, two bodies were found in the tomb which dates back to almost 3500bc and the bodies were suggested to have been sailors, hence the name Hill of the Mariners. Watch the show and you will hear how it took Kevin almost 10 years to find this dolman that has been left to hang beneath a shadow of a tree, in the stillness of the silence, sometimes in the sunshine, often in the shade.

For this event, Kevin gathered 8 poets including himself and you can watch the video which had over 1000 views on Periscope in the first 24 hours of its life. The links below are for Periscope and YouTube.

The poets, who all performed 4 poems, under a theme of love, dreams and the current climate in Ireland, were, in order of appearance;

Kevin Bateman (on Twitter as @Bate_Kevin) drew us into the crime controlled streets of Dublin while leaving us tender with the line ‘…do not let the dead rest in photos, let them move on…’ from his poem A Room of Utter Sadness. 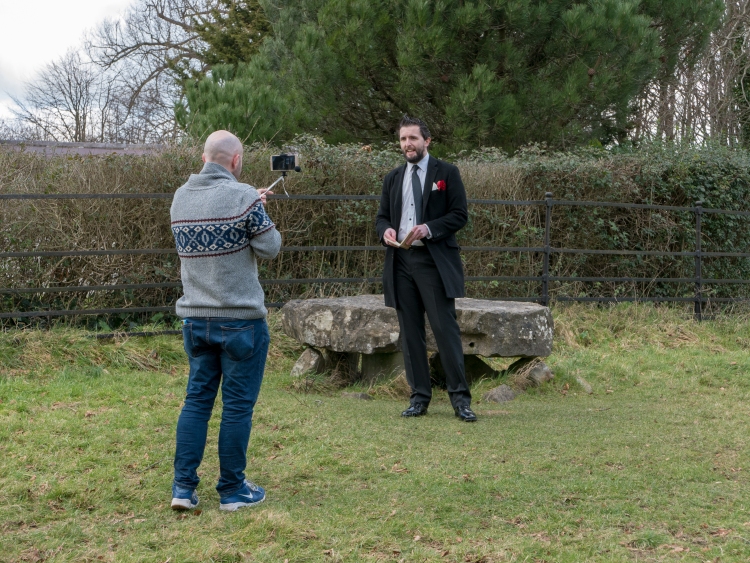 Supriya K Dhaliwal (on Twitter as @supriyadhaliwal) painted for us a cornucopia of Indian colors and tears and whose poem Meet Me in the Morning on No Man’s Land will long linger in my ear as a beacon of hope. 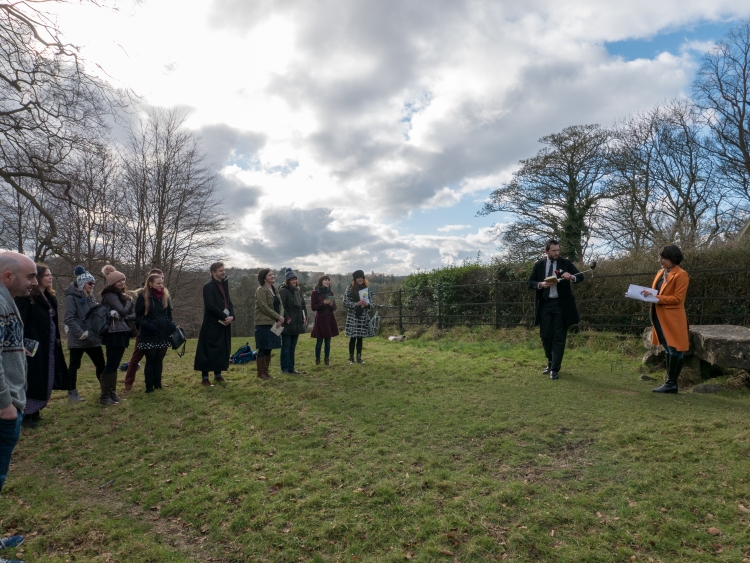 Jasmina Šušić enthralled and captivated us with her raw emotion, passion and her willingness to drop the guard and share her gentle side with We are Soft Animals but Our Hearts are Weak.

I was lucky enough to be invited to perform among these precious talents which made this the first time to ever read my poems in public, to ever read in public! I read 4 poems which you can find here on my blog… 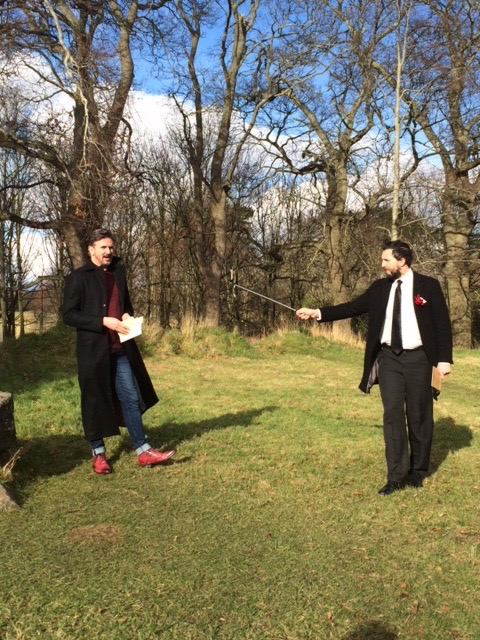 Jessica Traynor (on Twitter as @JessicaTraynor6) struck a fire in our historic hearts with her gem of a poem Matches for Rosa, for Rosa Luxembourg and brought us right up to date into an Ireland of today, questioning the right for individual choice with her poem Tender Butchery, my own skin still shivering with the powerful line ‘…the world has no business wearing my skin.’

Catherine Ann Cullen (on Twitter as @tarryathome), along with her ever listening dog,  carried us around the world on the triple spirals of the triskele and took us out and under the harsh waters of homelessness by the Royal Canal in Dublin with her poem entitled Flood, ‘…and they flooded the walkway… so she might float out of sight…’

Eilín de Paor (on Twitter as @edepaor) pulled us in with unexpected treasures found along the way, a nod to lasting impressions still loved though lost and ‘an intimate poem for such an outdoor area’ Island Life where a woman surrenders to ‘…each suckling lap…’ of the first wave of motherhood. 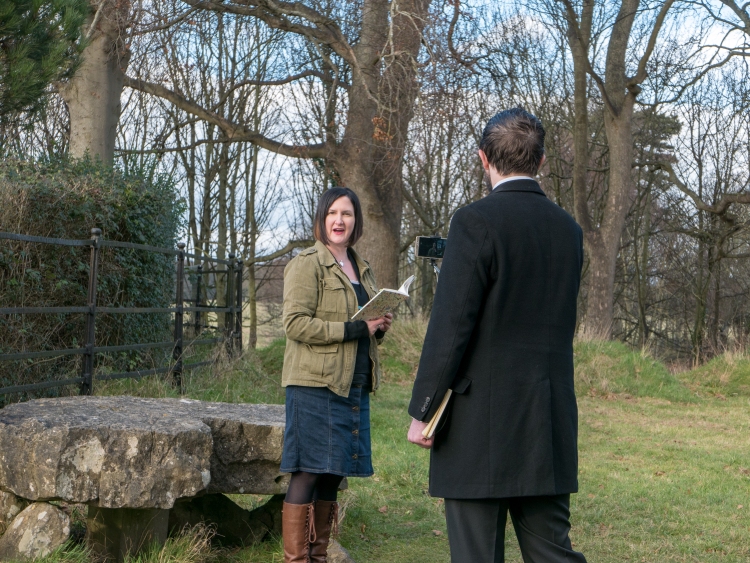 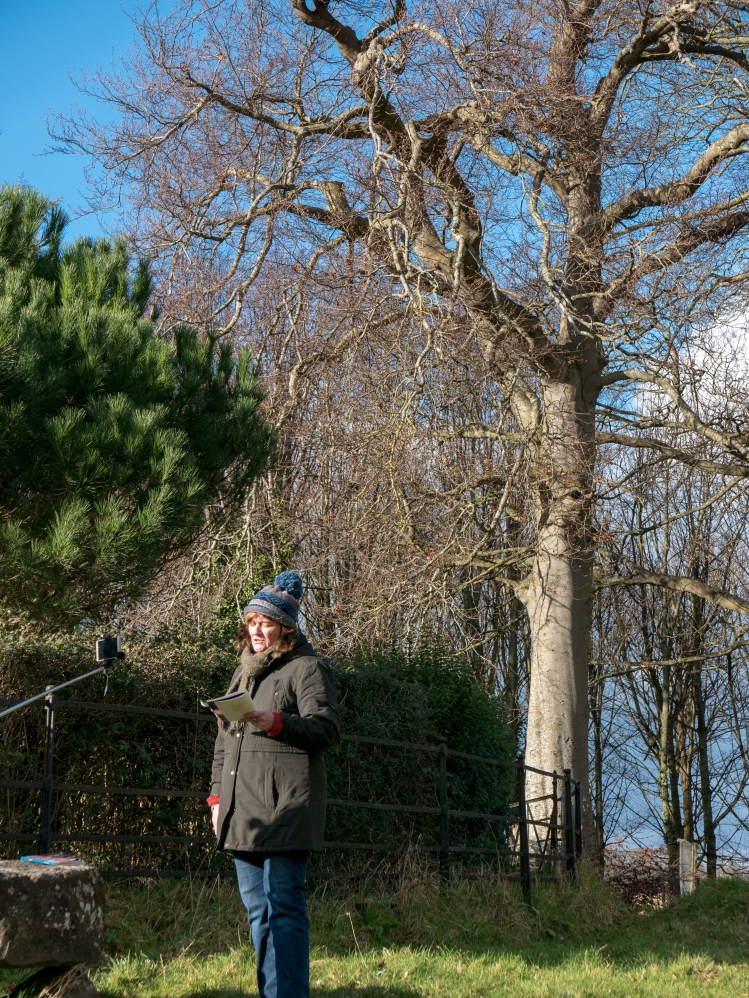 Extra photos of the group are curtesy of Harry Browne who can be found on Ficker.com 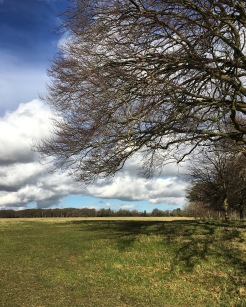 10 thoughts on “I CAN DREAM AND YOU CAN LOVE: A KEVIN BATEMAN SPOKEN WORD EVENT”

Follow Deuxiemepeau Poetry by Damien B. Donnelly on WordPress.com

Artist by choice, photographer by default, poet by accident.

The Myth of Prometheus

Contemporary Writings by Nathan AM Smith

Being 'one' with nature

Being a blogger is like an artist, except with a brush and a canvas, but with a laptop, to add a dazzling array of colour to the website

Tracing a life through stories of death. Sometimes funny, sometimes not.

Putting My Feet in the Dirt

Thoughts and Perspectives From the Mind of a Common Girl