If you missed Part 1 or Part 2 you can click on the links here:

The Things That Leave Us Cold

Part 3 of 4 (Audio version available to listen to; link at the end of page)

It rained the first night I walked back to our apartment with him, just as it had rained that first night when you persuaded me to take you home, ever the flirt you were. We had our jackets over our heads to keep us dry, do you remember? One of those tropical rainstorms that graces Paris in August, as if to wash away the dust and heat, though it’s always hot rain, of course, not the full relief the stifling city longs for, mourns for. You can almost see the steam rising from the ground as it falls straight down from the sky. Straight, that’s what I told you that night, which you laughed at, as if I was pointing out the most mundane, the most obvious. But it’s true, and still is. The rain here falls straight from the sky, like water from a shower, not to the left or to the right, not at all slanted, it just drops straight down. You can leave the window open and it never comes in. 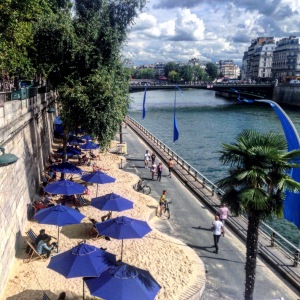 I’d fumbled nervously with the keys to the gate when we got to my building, the building that became our building, the home that so quickly became our home, the one that adapted to you and your sounds, leaned in, to your customs, your scent which still haunts the air on random days. As I persevered with the key, you came behind me, kissed the back of my neck and gently ran your tongue along my skin as if to soak up the rain that fell from the back of my hair but I knew it was just to test me and perhaps in part to taste me. It worked. You had half my clothes off before we’d even reached my first floor apartment and I scurried with the final lock before the neighbours would hear us, or even worse, come out to find us in such a state of undress and desire. I was not that out, I was not that daring, that provocative, but you managed to bring something out in me, something that had been utterly dormant, a certain appreciation of the unexpected, a fondness for excitement, spontaneity, a carefreeness that was infectious. We made love on the living room floor that first night beneath only the lights of the street lamps and the comfort of our shadows entwined on the wall. Made love, was it that, I said it was that afterwards, actually I think I thanked you for it in some rather embarrassing, teenage way and you joked that I was merely a good shag which you overly pronounced in your heavy french accent which was all the more erotic. There I was, immediately trying to make it all proper and above board, nothing sordid, nothing naughty, ignoring the silly fact that you’d just picked me up in a bar, taken me home to where we’d stripped each other naked and shaken the leaves on the wisteria outside with our sweaty, salty, sensuous explorations of the other.
He didn’t kiss me on the neck when we finally arrived, wet through, to our gate. He didn’t rip my clothes off as we climbed our staircase. He didn’t know that each step I took, I felt more and more guilty, that I was bringing him back here, to our place, to our home and possibly into our bed, or maybe even onto our floor. He didn’t pounce on me when I closed our door, didn’t press his body tightly against mine and steal the breath from my mouth with his own lips because he wasn’t you. He stood by the window instead, looking out across the small garden and over the wall into the empty street, just as I had done for the past year. 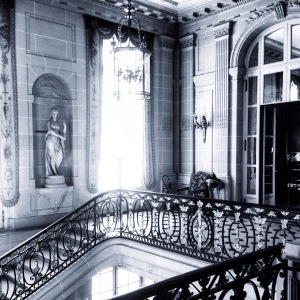 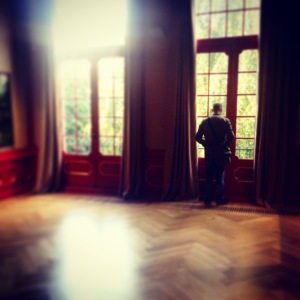 He thanked me as I took his wet coat and hung it in the bathroom next to mine and then took a seat on my armchair while I made tea in the kitchen. I didn’t even have the customary coffee in the apartment. You were the coffee drinker, the true Parisian, while I sipped herbal, fruity teas which you referred to as piss, continuously. When I turned the lights on, he noticed the candles and asked if I could light them instead. I shivered again. That was always your preference. Not the silly scented ones, of course, too prissy for you, just simply so you could watch the shadow of the light flickering on the wall and make up scenes, monologues to connect with their movements. When he said he liked to watch the light flickering I closed my eyes and imagined it was you.
Was that cruel? Was that too much, too wrong? To be with someone and imagine he was someone else. I held his hand in a taxi while thinking of someone else from long ago, someone said that to me once, years ago, before you, before us, before the emptiness and I thought it to be so horribly unkind. And yet it had become my truth. I didn’t tell him, of course, I would never, I couldn’t hurt someone in such a way, no. But it was how I felt. I was happy to have someone, to hear someone breathing, other than myself again, within our walls, within all that had become our sanctuary and somewhat angry at the same time that who it was in reality was not who it was in my head.

He had a name, of course, what a stupid statement to make. I don’t really mean it like that, it’s more that I didn’t realise at first that I never used it, never referred to him by his given name. I called him boy, pet, hot stuff when necessary, moody occasionally, but I think that was more me. To use his name would have sounded far too real, far too impolite to you, not like I ever mentioned that to him. I’m not that mindless.
He called me Monsieur, at the start, which turned into a continuing joke, then a nickname and then my name, as if my own given name became lost and I didn’t mind that, not at all. I’d given you everything I had, including my name so it seemed appropriate that I became just a pronoun and nothing more.
And so it went, with the boy and the monsieur, a little story, a little tale unfolding amid all the other daily distractions and, of course, the waiting, well, my waiting.

All Words and Photographs of Paris by Damien B. Donnelly

4 thoughts on “THE THINGS THAT LEAVE US COLD, PART 3”