It appeared to be my season for blondes-

Once dark ones- bleached to an inch of white;

Interval acts, lasting only the required amount of time

Before the audience lost interest and fidgeted in their seats.

You found me almost naked- drunk on gay pride

And neat vodka on a side street somewhere

I will never, for the life of me, be able to retrace

Who had ascended on the streets of Paris like it was their last dance of the season.

I was fresh white bait for you to snatch before yourself

And the summer sun burnt me- pink to a crisp,

Fodder to be grazed upon so as to merely pass the time.

You flirted yourself over me as I gazed on you

Behind semi conscious eyes, trying to distinguish the intensions

That lay beyond your angelic appearance- A devil in white

Fully starved, pathetic condition for an easy lazy lay and yet,

As I proved all the more a challenge of a catch, you followed suit

And stood your ground as hunter with pray in sight.

Panic stricken lesbians tried to tear me from you

But they failed to distract you- although the ambulance they called

Your hand caressing mine and I freely fell pray to your tracking.

I swam in your nets for a month- twenty nine days

Longer than I thought possible and not one day more than I should have.

I was sceptical, friends had questions and you remained

Nothing more than a charms step from aloof.

Charmed you, perhaps my foreign status excited you or perhaps

You saw more in me than I at the time, though I think not that you looked that deep.

I remember during that time, it was night, 2am,

And I was walking home alone through cobbled twists

Of unimaginative Les Halles- all asleep but for the dwellers of the dark.

I was slowly moving away from you- in search of something

More real, more true, more to hold on to.

I was looking for something more lasting in this city

Of so much history, but had woken up- lost in the transitory.

You had fallen sharply from my grace- that white angelic figure

I had questioned you to be while fuelled on alcohol

Had lost its glow in the clear light of many a dark and dingy club.

I saw you there, admiring only your own reflection in the mirror

As you smoked your joints, snorted your poppers and closed your eyes

To all else but your own satisfaction. I was not a game to be played

Or a boyfriend to trade for an hours touch of another

In the back room of a former church, with disco lights, discounted drinks

With coveting confessions carried out on bended knee.

While our ending proved much more forgettable

And as visible from the beginning as the roots beneath the blonde. 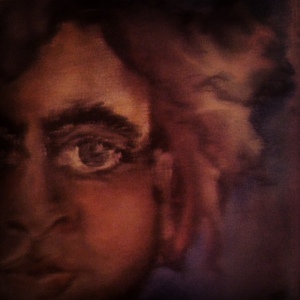 A Wildlife Journal In Pictures