And as they bit into the apple
they lost their right to the garden.

Hands are tipped now with guns,
now, instead of gold, instead
of gloves. Rage is the new ricochet
where once it was rock and roll;
bullets are the new Beatles.

Facebook has alerts, now, to say
you’re alive, now, after, after the breath
is stopped, after the blood is splattered.
It used to connect, now it just confirms.

Listen closely, for the loud sparks
are coming closer, closing in, sparks
like forest fires or that ripening fruit;
rage and temptation, heat and hunger.

We are the breath or the blood. We cannot
be both. Though we cannot exist without the other.

Leaders are born liars now, learning
earlier, leaning into lecherous, rights
are now redundant as the right rears
its rage over the left, ridiculous
are the rabble rousers, raising nothing
but their own cocks in their own hands,
tweeting about their own thickness.
Twitter was once 140, now it’s 280.
How much more space
do they need to spread their shit?

On Jeju, by a volcano, now sleeping,
now silent, some asked us, before
I lost breath and we lost the identity
of our Us, if barriers could be broken,
if divisions could be undone and I looked
back to the green covered mountain
and wondered how long it would take
before it became a monster once more?

Only then, only when the earth decides
to flatten all that we have taken,
only then, will the barriers be broken.

And as they bit into the apple they lost
their right to be governors of the garden.

Beauty bays
in the back gardens
of concrete
we’ve created,
simplicity shouting
from the shadows
of cites under siege,
precious petals
pulsing with potential,
lines of light longing
add contrast to contour,
like age adds interest.

Long days, lonely,
waiting to be witnessed
by more than just
the falling rain…

We all are beauty,
bending to the light,
bursting to be seen.

This is a repost.

Worthy.
I am not worthy…
These are the words of men
dressed in robes; black threads
woven over winged capes (not that dark knight bearing light)
not dressed as plain men,
preachers married to invisible faiths,
not married to people,
not knowing true love
or what remains after its loss.

Worthy.
Are we worthy, Are you?
Lord, they are not worthy
to speak for me, not in my name
and not, either, in yours.

Worthy.
Were they not worthy,
those wards your black winged women
washed away in the water?
Where is the worth in the world?
I thought laundries
were meant to clean clothes
not suffocate babies in sewers
beneath the shadows.
Was it worth it?
All that worry washed away with the waste.

Worthy?
Lord, here is my worth.
I place it, next to their judgement,
by your feet
and you can decide what has worth
and whose words are worthless
as I reteach myself the value of that single word
in this complicated world,
as I build my own words to be a witness
to losing the less and seeing the more,
I will be my own critic
keeping the Christian and shaking the ‘anity’
that lingers too close to insanity.

Worthy.
I hear only the devil in my head
whispering of worthless.
Surely the right man should be brighter,
lighter?

Worthy.
Here is my worth…

thread carefully upon it,
not like the prints the pious
already pressed into it
from their proud position
behind the pulpit.

I live in the wild world, not privy to any protection.

Worthy.
Are they worthy to receive me?
I profess this belief, to you.
Alone.

below the root, there is work

to be done, there is dirt

to be drawn from this soil,

this stench, this space made

for more than just a trench.

there is movement still

to be made, meaning to be

molded from all this matter

There is more to be made

of the soil, of this soul

What are words
when they don’t just
wander in weary

Words
are like water
washing over the reader
in warm waves

Words
are like wings
raising the receiver
from worrying days

Words
are the world

Words
can be whispers
that wake you

Words
can be ripples
that shake you

Words
are like the welcome wind
on a warm weekend

Words
can be weapons
in a world waged on war,
weak and enslaved

Words
can be wonderful,
like a walrus
rising over the waves

Words are the world.

Photograph taken on the Champ de Mars by the Wall of Peace, Paris

I had a point,
I had a purpose,
Had a position.

I sailed the seas,
I saw its secrets,
I’ve seen its storms.

I’ve had owners,
I’ve had lovers,
And I’ve had loss.

I carried crew,
I captured crabs,
I cut through currents.

I’ve had bottles,
Bashed and broken,
Upon my bow.

I have learned,
I have listened,
And I have laughed.

I have seen,
Sometimes sunk,
But have survived.

But now I sit,
For now I’m scrap,
No more to salvage.

So now I sit
And split the sides,
Seeping seams.

I had my worth,
I had the world,
I had no worries. 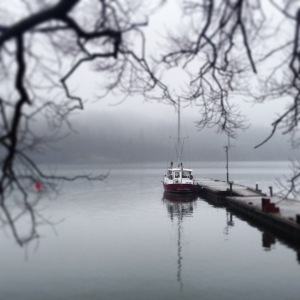 Follow Damien B. Donnelly on WordPress.com
Join 4,124 other subscribers